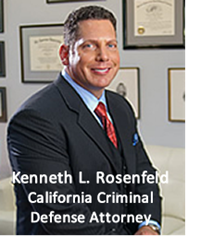 She has done tremendous work to advance mental health causes.

Implemented in 2008 following the pop star’s series of mental breakdowns, Britney Spears’s conservatorship granted her father Jamie Spears legal control over her business and financial decisions, her personal assets, and her estate. Earlier in August, Spears asked for her father to be removed as sole conservator of her estate. When exploring the various legal and mental health aspects of Spears’s proposed change on Times Radio on August 20th, 2020, Matt Chorley requested the input of Rosenfeld, a California criminal defense and mental health criminal defense attorney.

Listen to the entire interview

“She has done tremendous work to advance mental health causes,” said Rosenfeld of Spears’s willingness to bring her mental health issues into the spotlight.

Supporters of the #FreeBritney movement feel that Spears was coerced into, and is being manipulated by, the legal conservatorship. In the hearing on August 19, the judge ruled that the conservatorship would continue in its current formulation through February 1, 2021.

Times Radio, a digital radio station owned by News UK, is affiliated with The Times and The Sunday Times. The station launched in June of 2020.

Named 2020 Litigator of the Year by the American Institute of Trial Lawyers, California criminal defense and mental health criminal defense attorney Ken Rosenfeld has defended clients across a spectrum of high-profile cases, including white-collar crimes, sex offenses, first-degree murder, and DUI offenses. A seasoned criminal law commentator, Rosenfeld has been invited to make numerous television and radio appearances as a legal expert, including at the national level.

Press release writing by WebSiteText and Proofreading Services by The Proofreaders.